Trading Hockey Cards With My Friends Ben and Joss 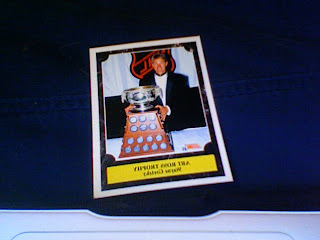 Above is a hockey card that shows a picture of the greatest hockey player of all time named Wayne Gretzky.

Today at my friends Ben and Joss's house I traded a lot of hockey cards.  I had so fun because you get cards and you trade them. When I traded the hockey cards I got about 15 cards from Ben and Joss in all.


Below is a picture of Marcel Dionne's hockey card. 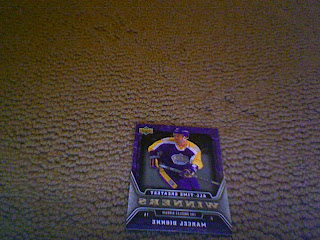 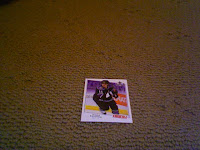 Above is a picture Anze Kopitar's hockey card. 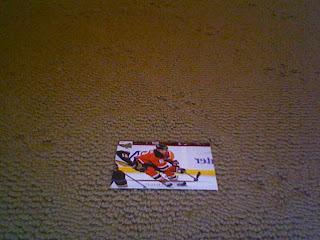 Above is a picture of Zach Parise.


Zach Parise is a hockey player for the New Jersey Devils, and he is so good he practically scores a goal every game. That's how good he is in hockey.


Anze (Ange) Kopitar is a player for the Los Angeles Kings and he is so good too. But he hasn't been scoring a lot of goals lately. ( Anze Kopitar is my favorite hockey player ever!)


Wayne Gretzky is the best hockey player ever in hockey. Once he a had over one hundred points. That's amazing.

How many do you have?

I have a huge collection of hockey cards. I'm the one who traded you the Zach Parise card. On Monday I'll bring my cards so we can trade some more.

Good thing you are bringing your hockey cards tomorrow because I really want to trade some. I liked how you said from the post because I linked you.

Remember when I gave a Anze Kopitar which is your favorite player? I also have a lot more of great players like Zach Parise, Zdneo Chara, Joe Sakik, and Eric Staal.

Nicky, that was such an awesome post. I didn't know you knew so much about the hockey players. I'm very proud of you. Keep writing! Love, Daddy

Thanks for that awesome comment on my hockey card post. Also, thanks for saying you were proud of me.

Dear Nick,
Would you want to get to know the Boston Bruins team members. Since visiting Boston, do you like the Bruins?
Love, Grammy


Thanks for the comment. I think I would really want to meet them and get autographs. Yes, I do like the Bruins.